ProSystems holds a Colorado State Electrical License, multi municipal licenses and registrations as well as regional state licenses. Our belief in partnership, commitment to collaboration and open communication has created many relationships throughout the Front Range and Western Slopes of Colorado. As a full-service contractor, we take great pride in providing on time and within budget electrical services for large commercial projects, single and multi-family residential housing, low volt and site lighting projects.

Enjoy the training and support you need to become the best craftsman or craftswoman you can be. 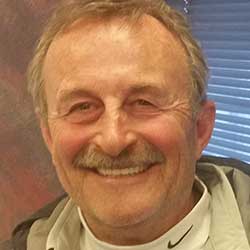 Chuck is the founder, master license of record, and President of Pro Systems Inc. Chuck’s background includes a bachelor’s degree from the U of I (Go Hawks), Electrical Distribution, Top 500 Electrical Contractor Management, and for the past 25 plus years, the visionary owner of Pro Systems Inc.

Through Chuck’s leadership, Pro Systems Inc.’s business has grown from a one van electrical contractor to one of the Front Ranges real success stories, with revenue exceeding 15 million annually. Chuck holds Contractors and Master licenses in Colorado as well as in several neighboring states.

Chuck is a D.O.R.A. certified State of Colorado Continuing Education teacher and trainer. Chuck was instrumental in the creation of Pro School. Pro School Electrical Education LLC is a D.O.R.A. recognized apprenticeship program for PSI apprentices utilizing the Mike Holt training library. PSI continues to teach and train in house wiremen. Chuck’s teaching inspires young men to stay the course while working toward their individual state license which in turn fulfills his desire to give back to the business which has enriched his life.

“At ProSystems, our mission is to provide our customers with outstanding workmanship on every project. We believe in a safe and effective professional workplace where quality, value, and professional standards are more than slogans. ” 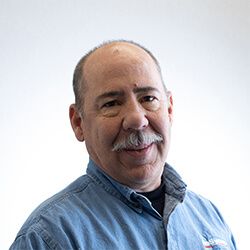 As one of the original founders, Bruce has been instrumental in the success of Pro Systems Inc. Bruce’s background includes a degree in industrial electronics and controls from Western Dakota Tech. Bruce is a State of Colorado licensed Electrician and educator as a guest speaker at Pro School. Bruce is well versed in ProSystems estimating, software, utility and lighting installations, private utilities and navigating government agencies.

“When it comes right down to -where the rubber meets the road- life’s easier with a well illuminated street! I hope to be part of your next master community-let’s talk or just kick the tires!” 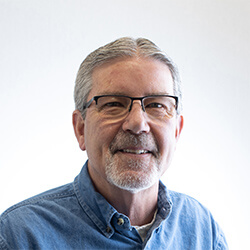 In mid-2004, Bryan started his career with Pro Systems Inc. as an Electrical Salesmen. Having been a licensed General Contractor, National Home Builder Superintendent and Construction Area Manager prior to his joining ProSystems, Bryan was able to bring expertise to the Sales Department and contribute to the growth and development of the company. The interpersonal relationships built with his 17 years of dedication have been invaluable to the success of the company.

“Personal selling is very rewarding for me in so many ways. The ability to keep the crews busy, working on building communities, and creating new business relationships has given me a great sense of achievement. I have been blessed with many great friendships over the years in the business.” 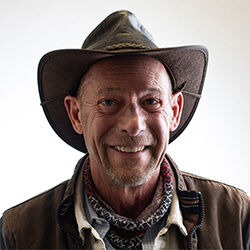 John King has been with PSI since 2013. His responsibilities include overseeing day-to-day operations, company profitability, bidding, business development, purchasing, recruitment, staffing, project reviews and schedule certainty for work in progress.

A native Jersey Boy, began his career in 1974 after attending 1440 hours of training at Lyons Institute of Technology and working through a four-year apprenticeship program. Prior to his current role as V.P. of Construction, John held positions as Chief Estimator, Senior Project Manager, Division Manager and Vice President, managing multiple signature projects across the United States for ENR ranked Top 50 National Electrical Contractors.

John’s focus is on the growth of PSI’s business by strategically collaborating with customers and partners to develop solutions that transform concept to reality.

“Here we believe performance is always recognized… even if it takes a while. Construction is performed in trust where; teamwork and perseverance are the name of the game while making as many friends as possible along the way. Bringing Passion, Partnership and Pride to every endeavor.” 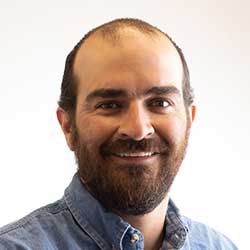 Scott has been with the company for 15 years and has excelled in all facets of the industry, emphasizing residential projects. Scott has earned his respectable reputation by demonstrating the ability to manage single-family homes successfully, multi-family homes, and large-scale rental housing sites by delivering a clean, completed, on time, and within the budget project. His ability to create lasting relationships along the way through his commitment to communication and adaptability has significantly impacted the company’s growth. He is now expanding his career to include Land Development and is focusing most of his time on installing public site lighting.

“I believe in hard work and dedication. I have worked in the trenches side-by-side with my men to demonstrate that I am not afraid to put on a belt and get dirty as a Project Manager. I come to work every day to lead my crew and further their development in the industry. I take pride in knowing that I support my wife and daughter to whom I love very much. It’s these two reasons why I strive every day to turn out high-quality work.” 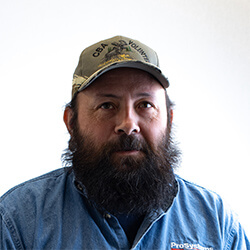 Dan’s background of residential, commercial, industrial and land electrical services have led him to two decades of employment with ProSystems. His project experience has taken him thru parts of Colorado, Nebraska and Texas wiring homes, multi-family units, schools, assisted living facilities, hotels, and industrial plants. He has also assisted in multiple site lighting projects through the years. Currently Dan is working on special projects and has become a Jr. Estimator.

“I enjoy this work and I’ve met and worked with a lot of great people in my time here. We have built some very cool and interesting buildings. It is nice when you drive down the street and can say I built that.” 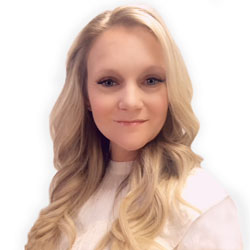 Denise joined the Staff at ProSystems. in 2017 after 19 years in the hospitality industry. Denise brings expertise, professionalism, and corporate ingenuity to Pro Systems Inc. and helps to improve company procedures and the day-to-day office operations.

Born in Texas and raised on a small Iowa farm she is seasoned to responsibility and dedication. Her solid Midwest values help incorporate added value to our clients and customers.

"After 19 years of Restaurant management, the change to Electrical Construction and really being a part of a team has been fantastic. I look forward to working with your firm and accounting staff" 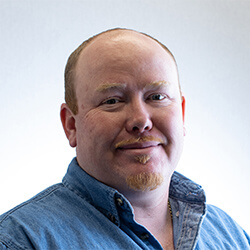 Since joining ProSystems. in 2003, Jon has earned his Residential, Commercial and Master Licenses. Jon brings endless energy, skill, and leadership to our field organization. Jon manages the field operations for Single Family and Multi-Family projects (completing on time and with-in budget) on the Front Range. Jon demonstrates his leadership and problem-solving skills daily. Jon is a husband, father, homeowner, and an example for our young men.

Jon is a state certified instructor for ProSchool Electrical Education, LLC. His proficiency in electrical code, knowledge of electrical installations and systems enables him to have a hands-on approach to the education of the companies up and coming electricians.

“Seeing a young person learn our trade, earn his State License, purchase a home, and take ownership over their life, is extremely rewarding to me. Makes the daily challenges of Electrical Contracting well worthwhile.” 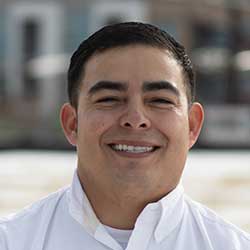 Started as a foreman and then Area Production Manager/ Condo Specialist, Runs Multiple Condo Projects. Handles the daily tasks of roughs , trims and commercial side of Century Condo Projects. He is our General Foreman. David has been with the company for four years. Prior to that he worked three years with two other electrical contractors.

Graduated High school in 2004 . David worked as an electrician for 9 months. He then started a career in the concrete field working on high rise buildings for ten years. After 2 years in the electrical trade David passed the Residential Wireman test in 2016 . He was Promoted to Area Production Manager in 2017. When he is not working, David enjoys hanging out with his family which includes the love of his life and childhood crush (who he grew up across the street from), as well as two amazing kids and three crazy dogs. David loves going on family vacations.

David enjoys the daily challenge of running multiple condo jobsites . Earning the respect of the Superintendents, homeowners and tradesman and leaving behind the best quality work he can. Dave has a competitive drive that forces him to go out and try to be the best electrician he can possibly be.

"I've always believed that if you put in the work, the results will come. I don't do things half-heartedly because I know if I do, then I can expect half-hearted results"
-Michael Jordan 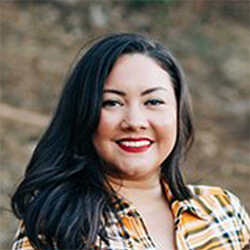 "Consistency brings success! Being a part of a company that has been a constant in the Electrical business keeps me excited for things to come."

Marshelle Capile has been with PSI since 2019 as Human Resource. Her responsibilities include the organization of business, employee relations, Payroll, benefits, digital clock ins, and assisting of administration in the office.

A Southern California native, she earned a certificate in Early Childhood Education which led to being a Preschool teacher in Denver CO. After becoming a mother, she pursued a career in the Service industry leading to Managing Restaurants and Salons in the Denver Metro Area. With her expertise in Customer Service Marshelle has become a bridge between our employees on site and those in the office to the customer.

Although new to the construction business, Marshelle's focus has been to bring a fresh and technology advanced approach to Human Resource. Using up to date technology and social media to better the accessibility of the business to employees and costumers.

Enjoy the training and support you need to become the best craftsman or craftswoman you can be.

We Look Forward To Serving You! 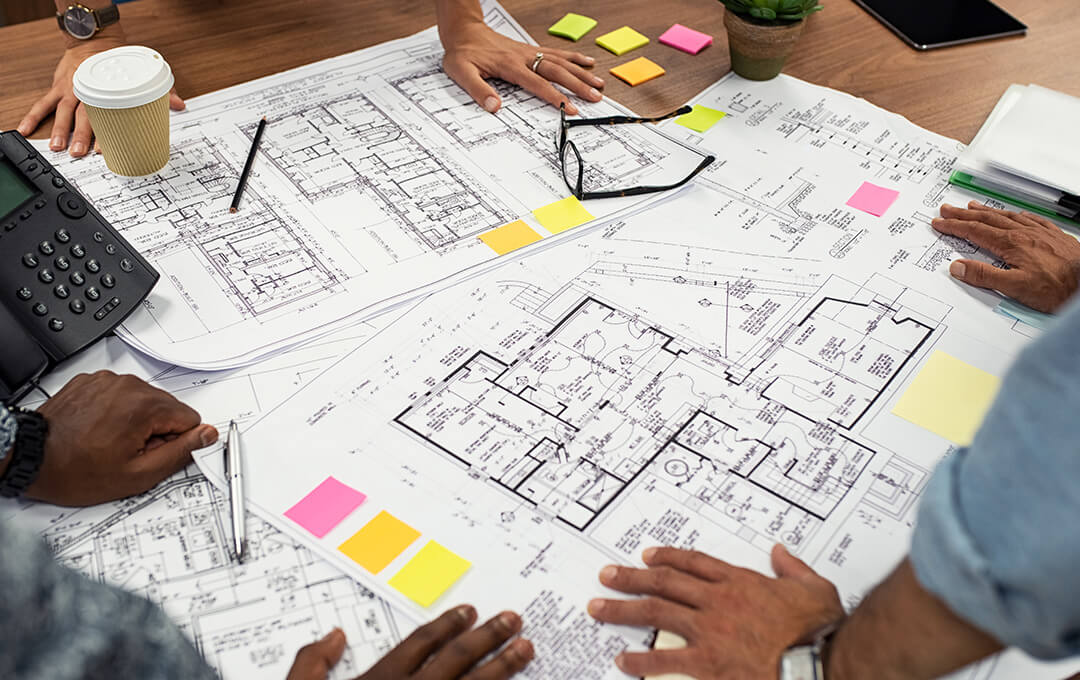 Incorporated in 1997. We take pride and great care in providing on-time and within budget projects for our customers.